Cats and Christmas Trees – Is it the smell of pine or the dangly bits they love? 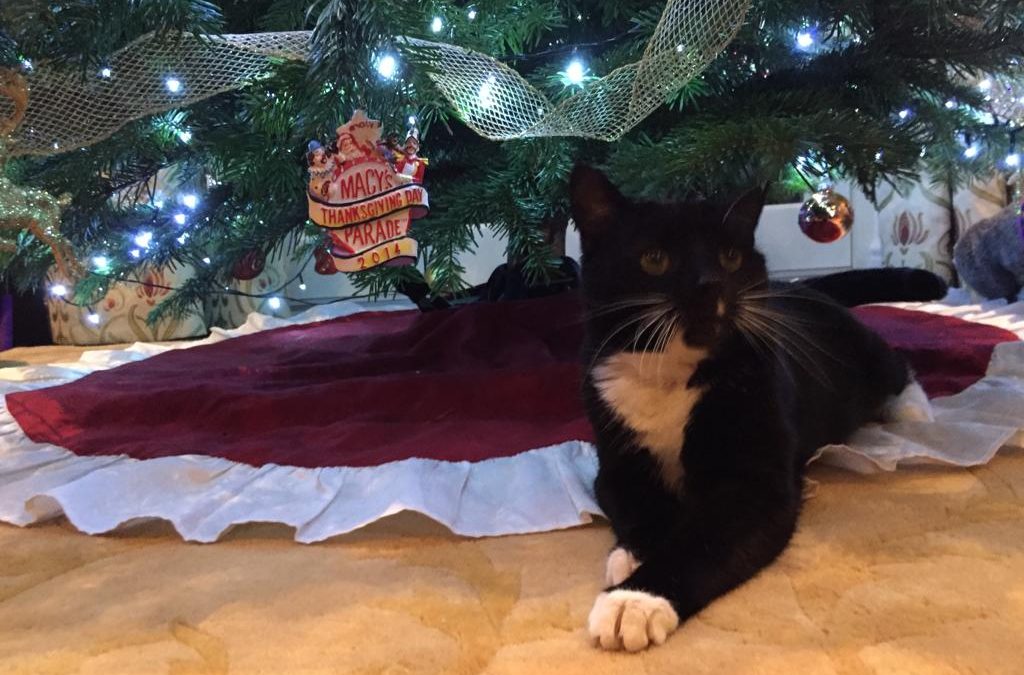 As usual, we bought our Christmas tree in at the end of November (I know we are sad!). The minute we bought it, Becks took root underneath it and will stay there until the first week of January. We’ve never really known what the attraction is, but as with humans, I think it cheers cats up in the middle of a cold dark winter.

I started to look for a more scientific answer – was it the smell of pine or was it the lights which attracted her? Well, turns out its not that scientific. It’s more to do with the fact that the human in their life has dragged a massive tree in from the garden and dangled lots of sparkly stuff on it!

Christmas trees are naturally tempting for cats to jump on and climb because they’re colourful, bright and intriguing. They pop up once a year and then get packed away or thrown out so it’s natural for your cat to be curious about the tree. Think about it – if you were a cat, you’d be immediately drawn to the big green tree with flashy coloured lights, fluffy gold tinsel and big dangly baubles! It’s just like a giant play-thing for your cat to pounce on. Christmas trees, both artificial and real have a natural and distinctive scent so they are generally quite enticing for your cat.

You also need to be careful about the dangers of a Christmas tree to a cat, expecially a kitten. Cats love climbing trees and sometimes try to eat the tinsel or baubles and even the pine needles. Worst of all they can bring the whole thing crashing down to the ground, usually with them underneath it!

So be aware of the dangers and keep a look out for this behaviour.

Jules and I will be out and about all through December, taking care of our feline friends. Look out for us dressed in Christmas outfits on our Facebook page. Christmas Eve is our busiest ever day in the lifetime of the company. Something we are both very proud of.